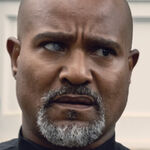 Hey, I'm Freaky Ass Smile Lord, but most people call me Freaky. My real name is Léon. I'm a bureaucrat on this wiki, as well as the owner of the Discord server. I like to write stories a lot, hence why I joined the wiki. I'm currently mainly writing The Undead Room and All That's Left.

These are the people I consider as friends or just fun members of the wiki. I'm sure I forgot some people, and I apologize for that.

Other stories I have read but didn't include because I won't finish them are Edition Two and Ends All Means. I will also reread the original Survivors We've Become sometime.

Credit to Erendust for doing this first. (and I copied original list to change)

There are many other games I love that weren't included, notably Nintendo ones which may get added in the future.

"My only aim is to make many sandboxes. The more I create, the better I feel."

Retrieved from "https://thewalkingdeadfanon.fandom.com/wiki/User:Freaky_Ass_Smile_Lord?oldid=113224"
Community content is available under CC-BY-SA unless otherwise noted.