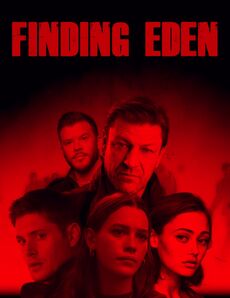 The show begins 2 months before the Wildfire Virus goes global (2 Months Before the Beginning of Fear The Walking Dead around the same time Rick is shot) as strange cases begin to pop up around the United States as the CDC fights to keep the virus in check before it goes global and causes the collapse of modern civilization. The story centers around people in the small town of New Wilmington, PA as they go about their daily lives, having no idea that an undead apocalypse is about to begin.

College student Eve Murphy finally comes back to her hometown for summer vacation after having been at school in Pittsburgh for 3 years as her estranged father Sheriff Joel Murphy deals with a strange illness that has popped up in town that seems to be bringing the dead back to life.

Meanwhile, across the state border 25 miles away at a Army Base in Youngstown, Ohio Sgt. Eric Murphy, the estranged son of Joel and brother of Eve, and his fellow brothers in arms struggle to keep order in the city after a terrorist attack occurs.

This cast list is subject to change as the first season airs. If you would like to see future roles or suggest an actor for an upcoming role -> Finding Eden MyCast page

Community content is available under CC-BY-SA unless otherwise noted.
Advertisement